These powerful VPN firewalls come in many shapes and sizes with a diverse spec designed to suit a range of use cases, from private home office and small business users to branch offices, all the way up to enterprise and data center level. A sleek black design combined with essential security features, including a practical, cloud-based central management system for easier day-to-day management makes the series an attractive choice.

On this page, we take you through the key VPN specification for the TZ270, as well as all you need to know about setting up an IPsec or SSL VPN tunnel on your SonicWALL firewall and connect on Mac, iPhone or iPad.

Don't see your device? If you are using a SonicWALL device with an older firmware version, please consult our legacy guides: 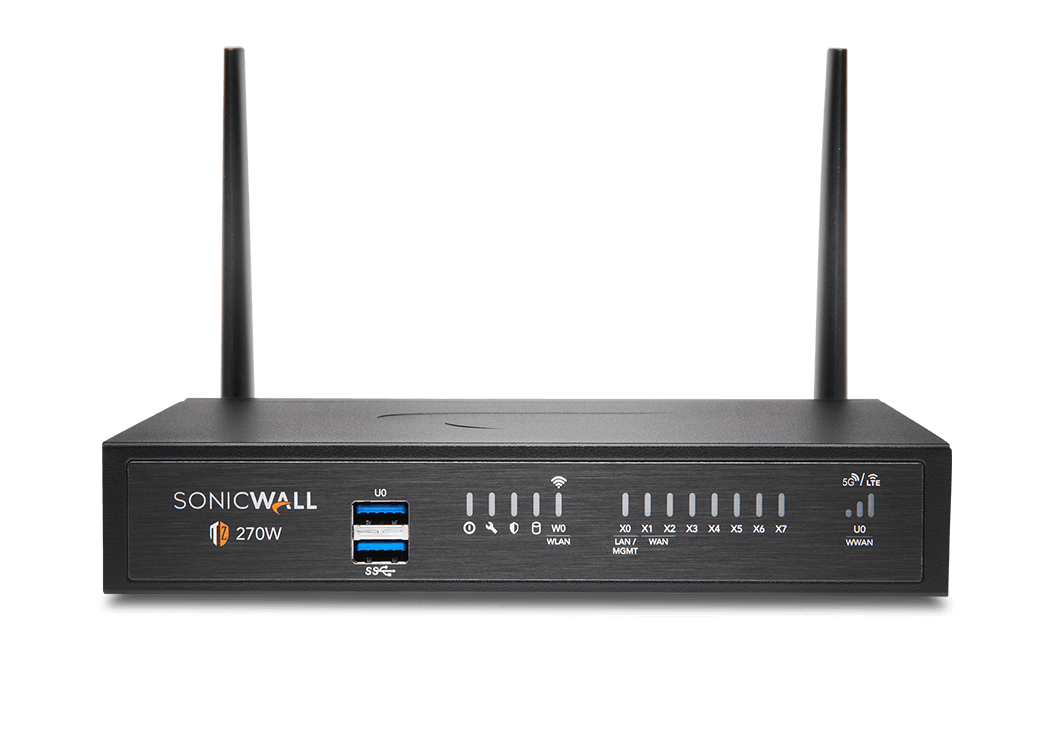 When it comes to VPN, SonicWALL firewall users have the choice between IPsec and SSL, both of which are fully supported in VPN Tracker for Mac and iOS.

Generally, we would recommend using IPsec VPN wherever possible, as it provides faster connection speeds and is more stable. However, SSL VPN is compatible in more network locations - making it a good fallback choice when IPsec is not available (i.e. due to network restrictions.) Overall, both standards are considered equally secure for your business.

This guide explains step-by-step how to configure both IPsec and SSL VPN on your SonicWALL firewall, as well as how to set up your VPN in VPN Tracker and get connected on Mac, iPhone and iPad.

Before you get start setting up your VPN tunnel, you’ll need to add VPN users to the firewall. These are the users who will have access to the VPN once it has been configured (i.e. members of staff.)

Please note, each user you add here will have their own unique username and password which will be required later to access the VPN. 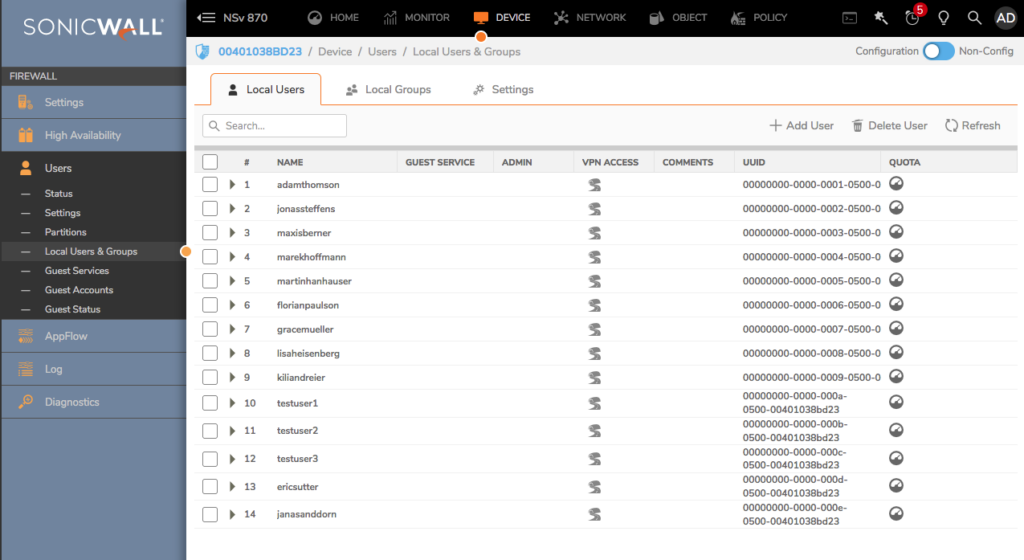 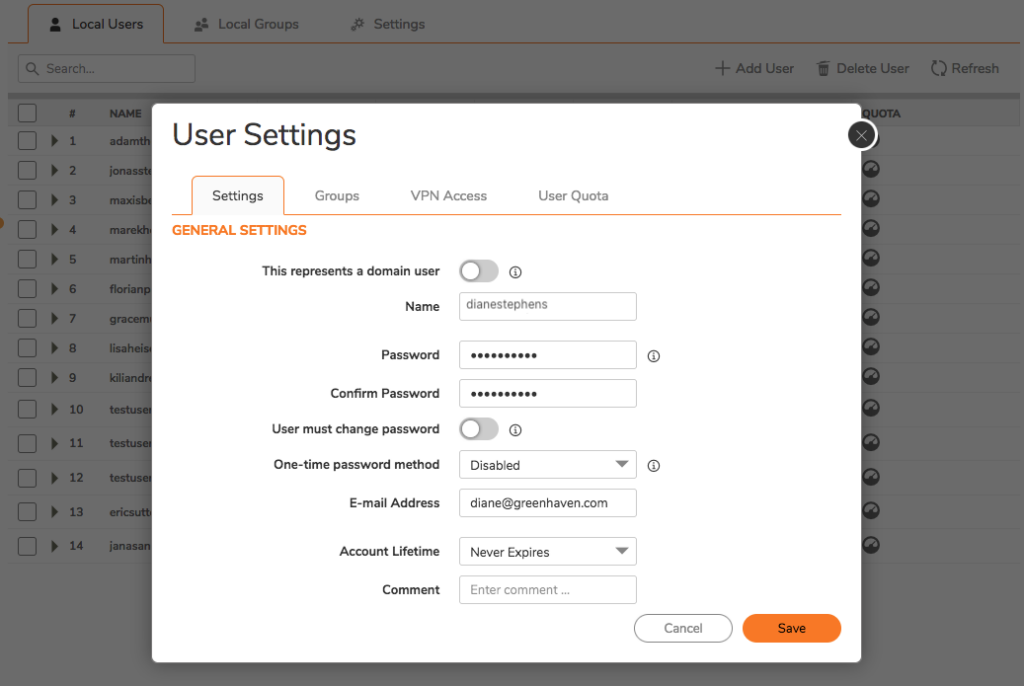 Fill out the settings for your new VPN user 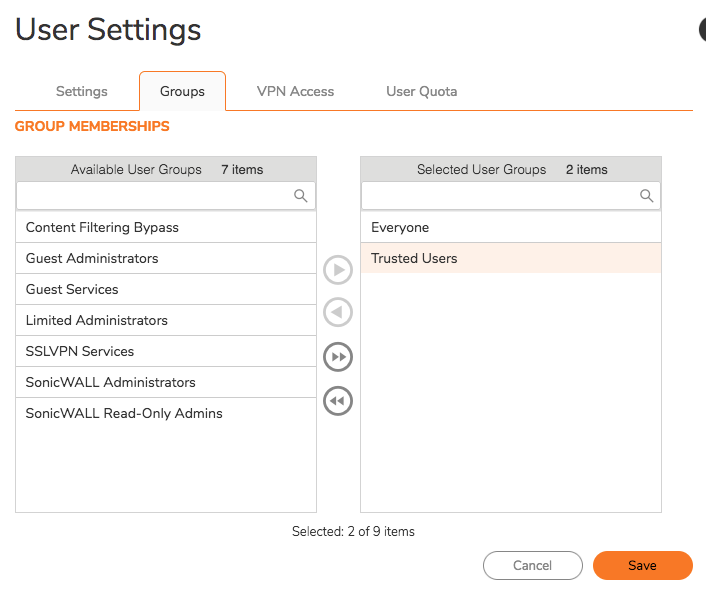 Select User Groups for the new user to join. SSLVPN Services is required in order to connect to SSL VPN 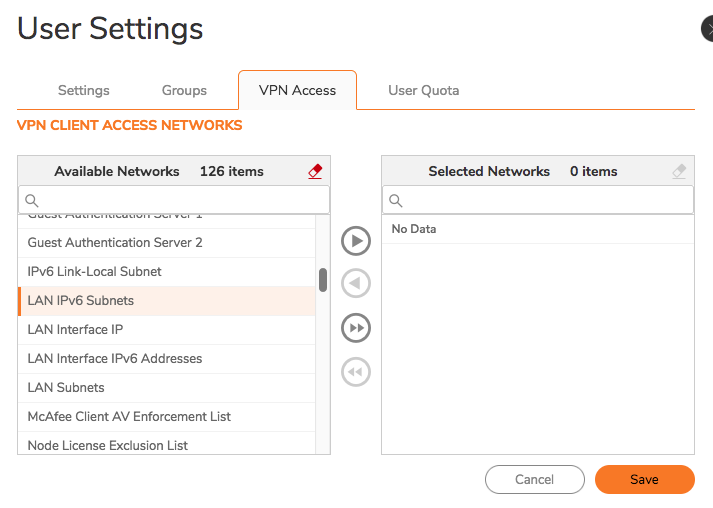 Throughout this guide there will be certain pieces of information which are needed later on for configuring IPsec VPN in the VPN client. This information is marked within the guide so it is easier for you to reference: 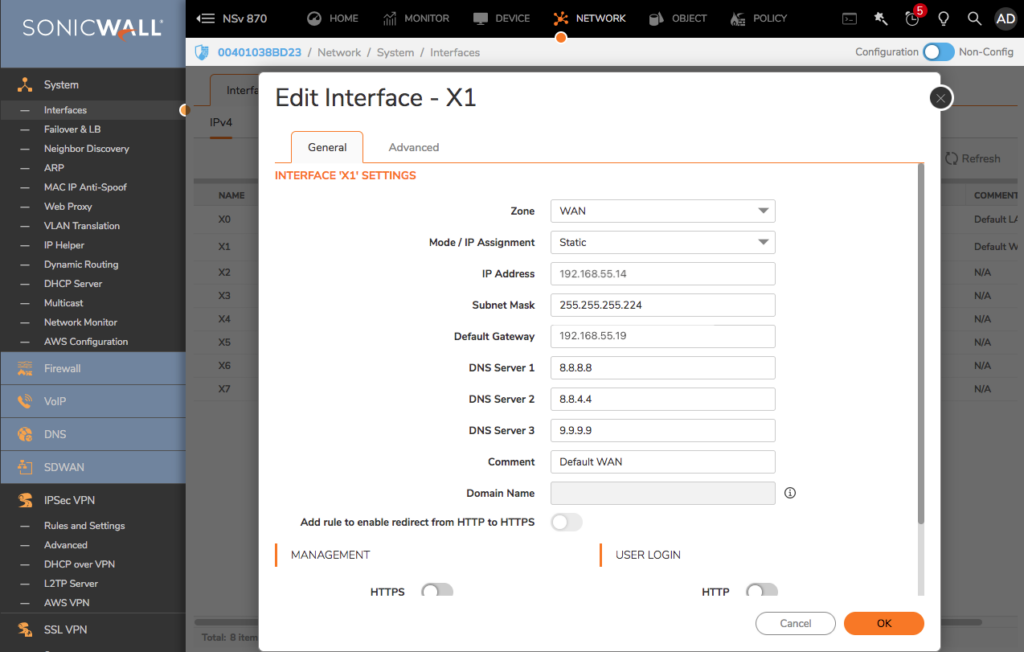 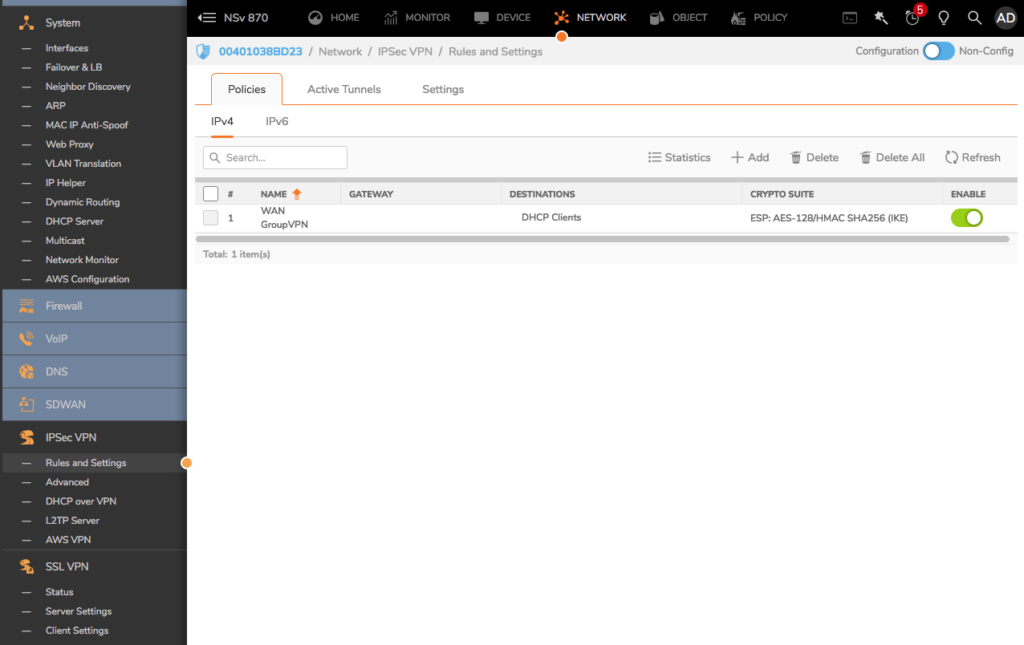 Click to edit the WAN GroupVPN connection - you will now see a configuration window. Here you can fill out the general settings of your IPsec VPN tunnel:

Switch to the Proposals tab. Here you can enter the encryption settings for your VPN:

Enter your IPsec connection settings for the new policy 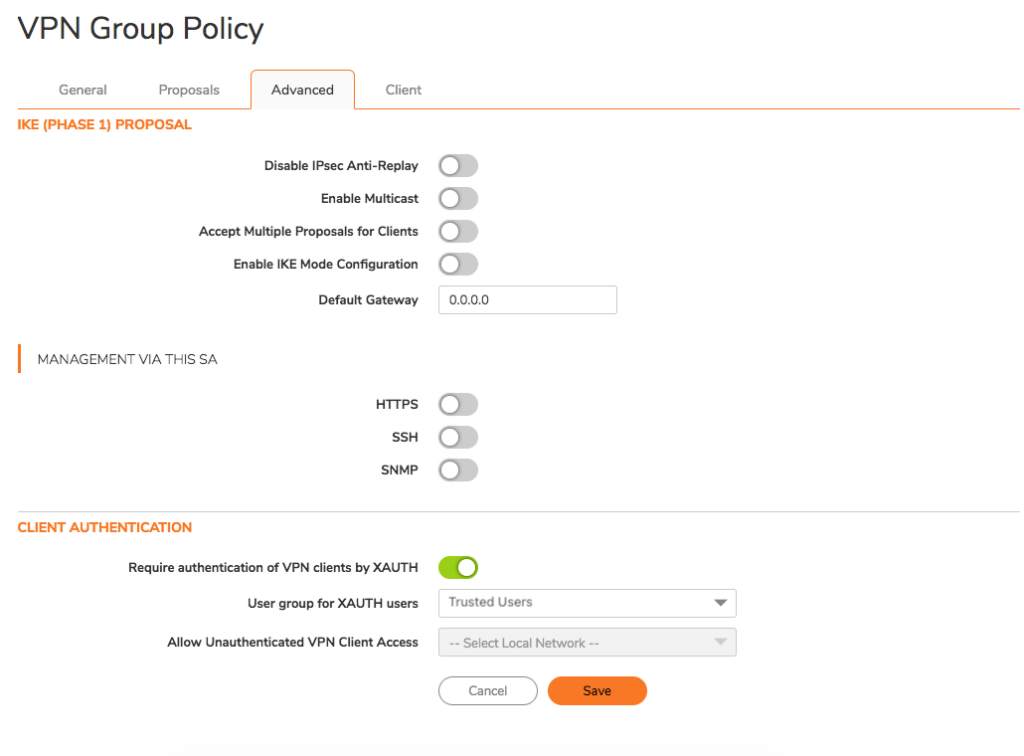 Select a User Group to have access to the VPN 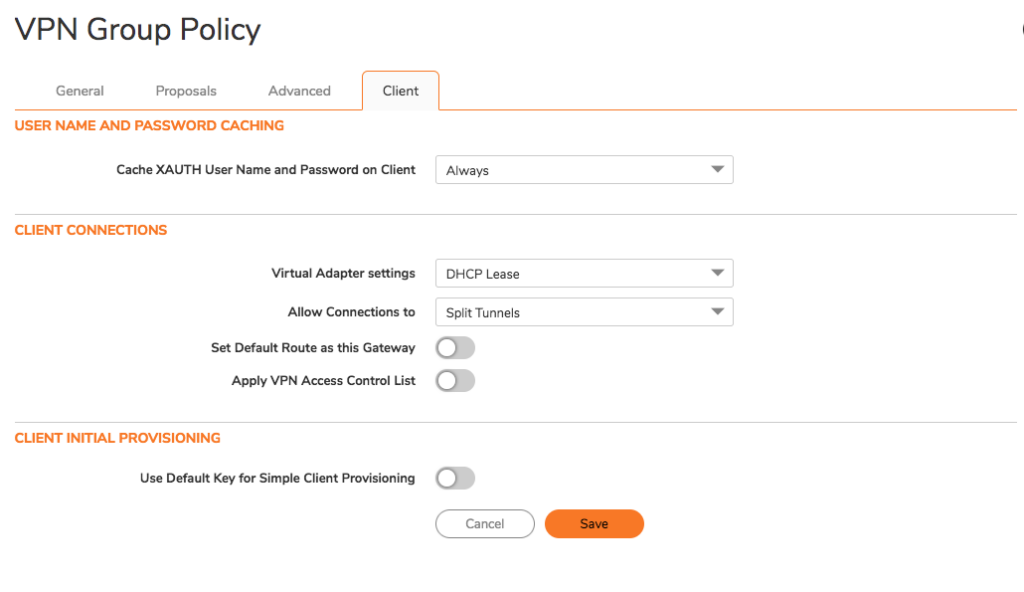 In order to connect to the new IPsec VPN tunnel and get secure remote access to your SonicWALL firewall, you will need a VPN client.

You can now connect to your SonicWALL Next-Generation Firewall via IPsec VPN on Mac, iPhone or iPad. 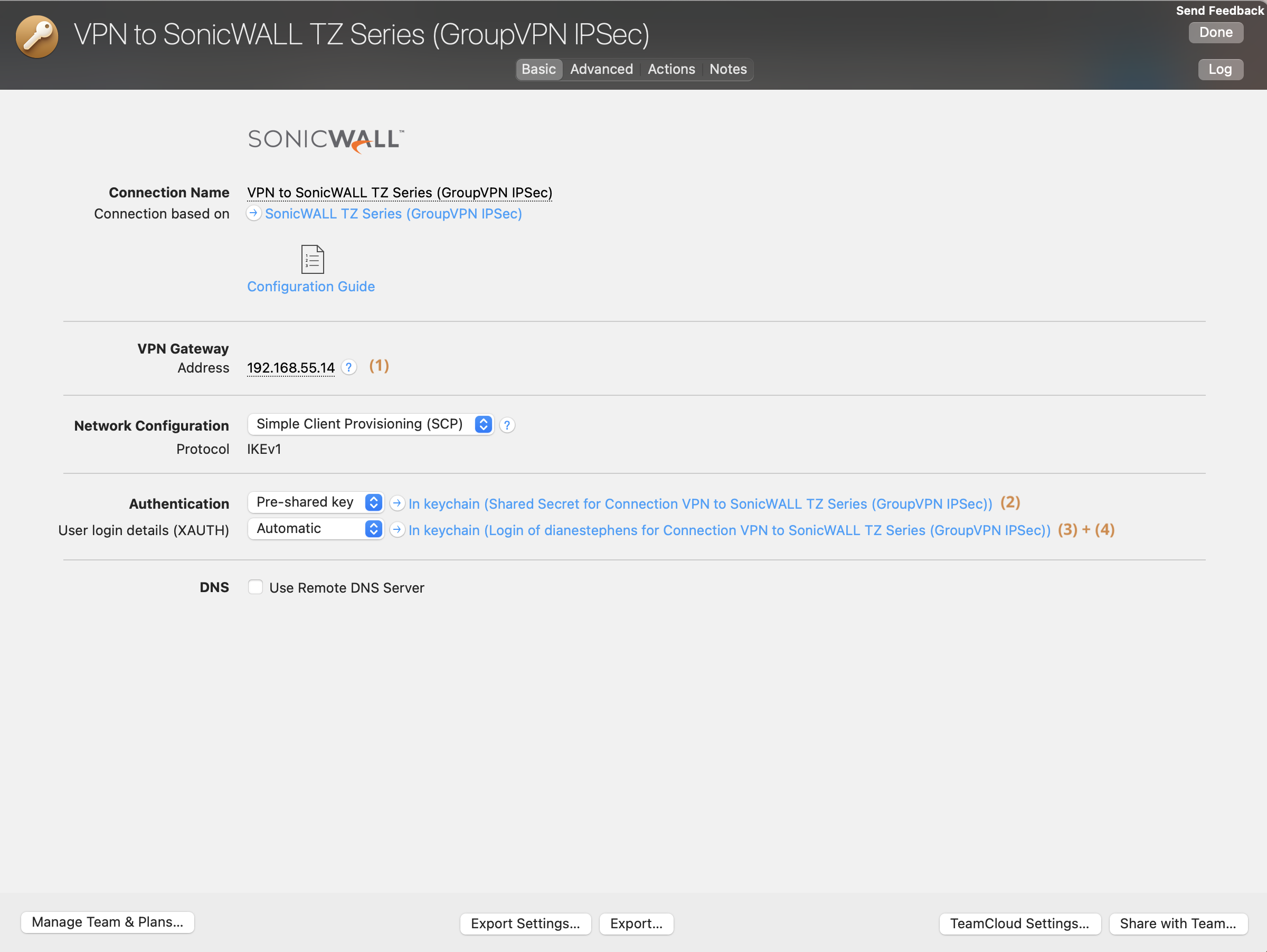 Throughout this guide there will be certain pieces of information which are needed later on for configuring SSL VPN in the VPN client. This information is marked within the guide so it is easier for you to reference: 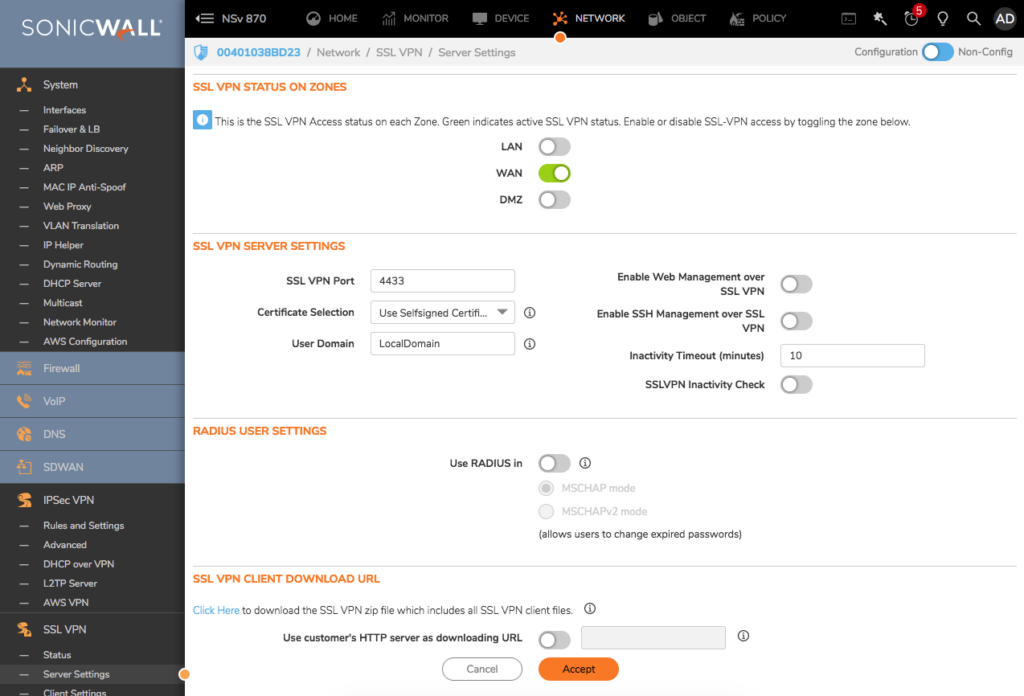 In order to connect to the new SSL VPN tunnel and get secure remote access to your Sophos XGS firewall, you will need a VPN client.

You can now connect to your SonicWALL Next-Generation firewall via SSL VPN on Mac, iPhone or iPad. 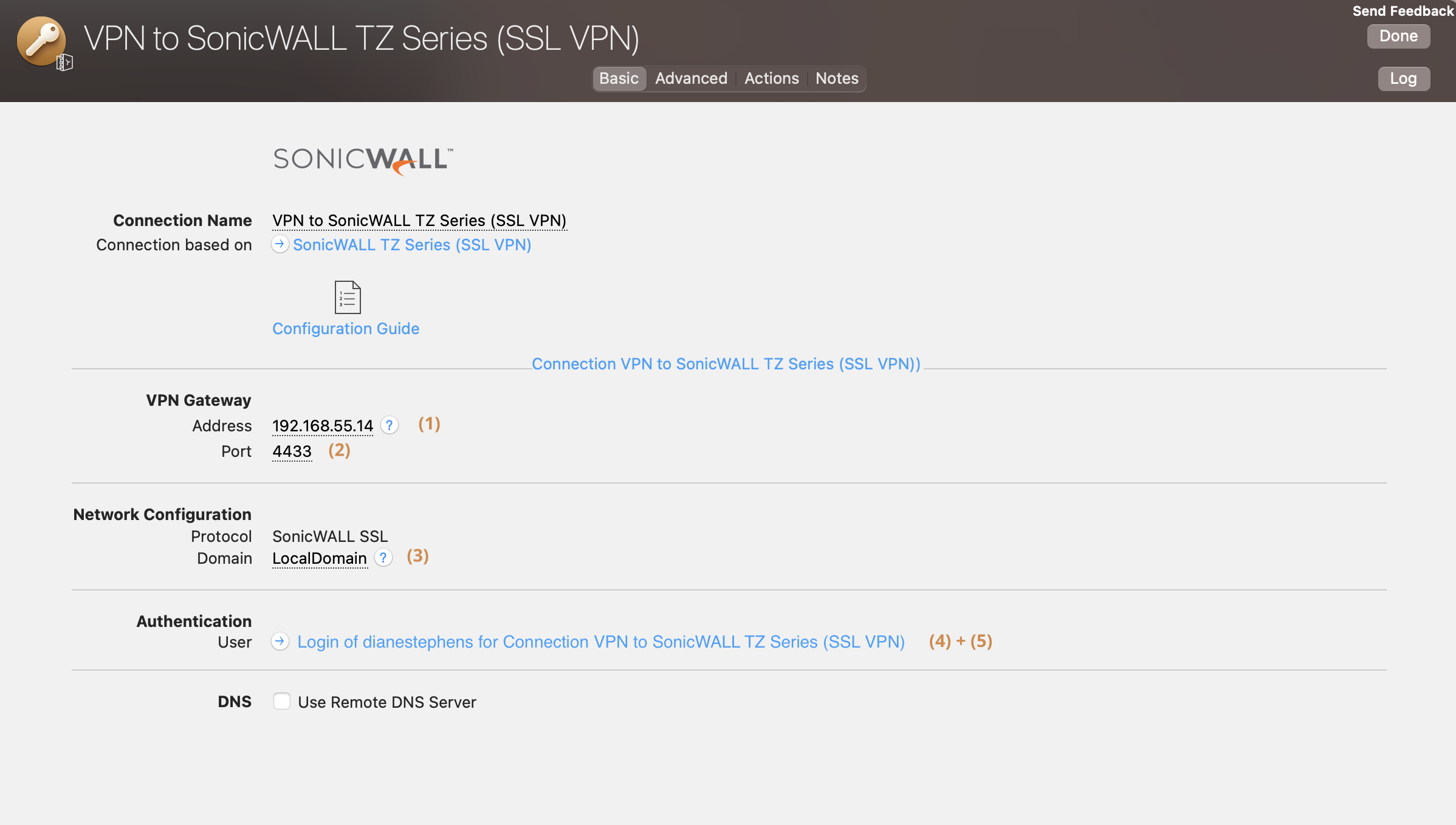 Tip: You can even choose to hide the connection settings upon export for complete zero-trust privacy. 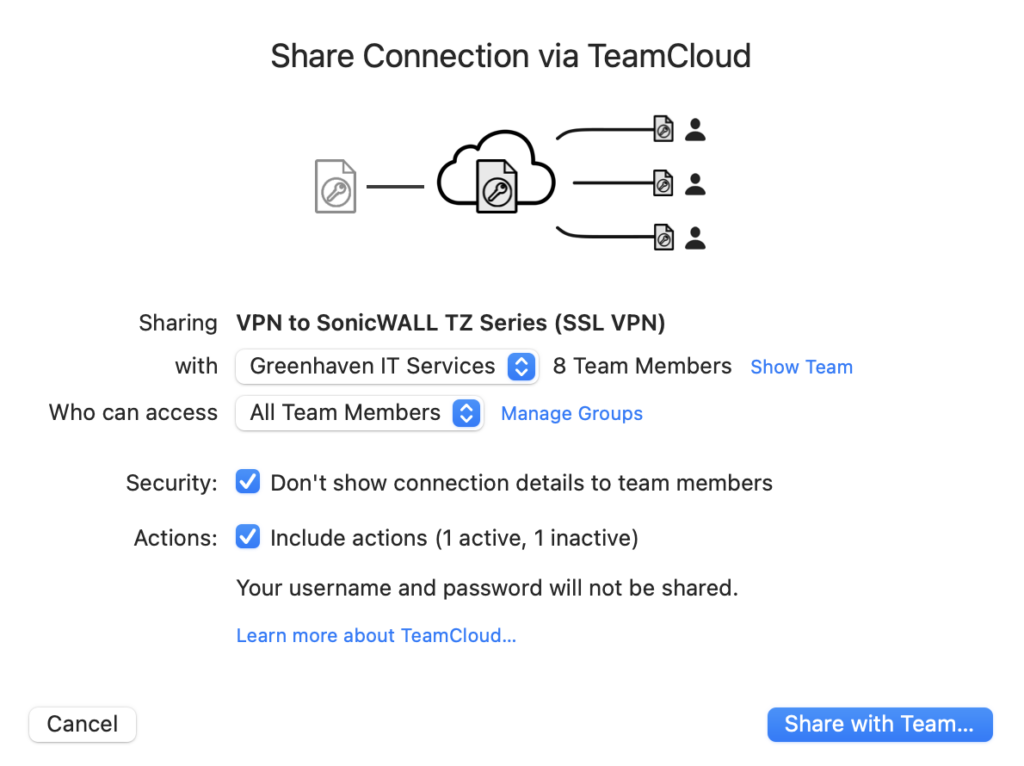 Once a team member has received their connection, all they need to do is use their unique Username and Password from the SonicWALL gateway to access the VPN in VPN Tracker. Configure VPN for an ASUS Router 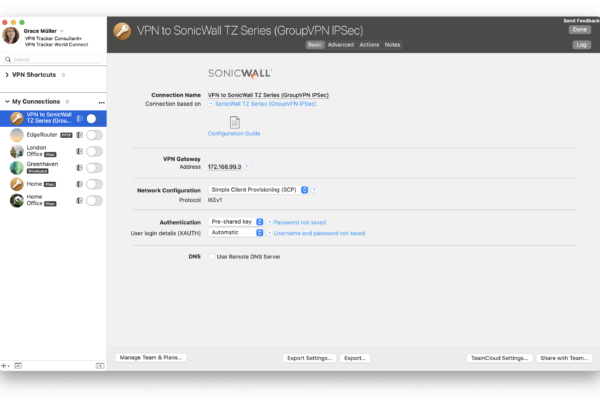 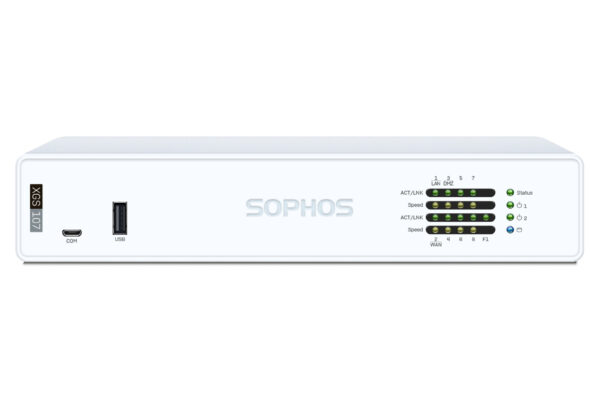 Set up VPN for a Sophos XGS Firewall