The VPN Tracker team is thrilled to announce the first major update to VPN Tracker for iPhone and iPad! This new version brings a whole host of exciting new productivity features designed to streamline your VPN workflow, including VPN on Demand and support for Home and Lock Screen widgets.

Find out everything that’s new in VPN Tracker for iOS version 1.1 in our update guide…

iOS 16 saw the introduction of handy Lock Screen widgets to iPhone. Missing the og VPN indicator in the status bar? We feel your pain! You can now directly toggle your VPN connection right on your iPhone Lock Screen - with a practical live status view.

Add the VPN Tracker Widget from the widget library 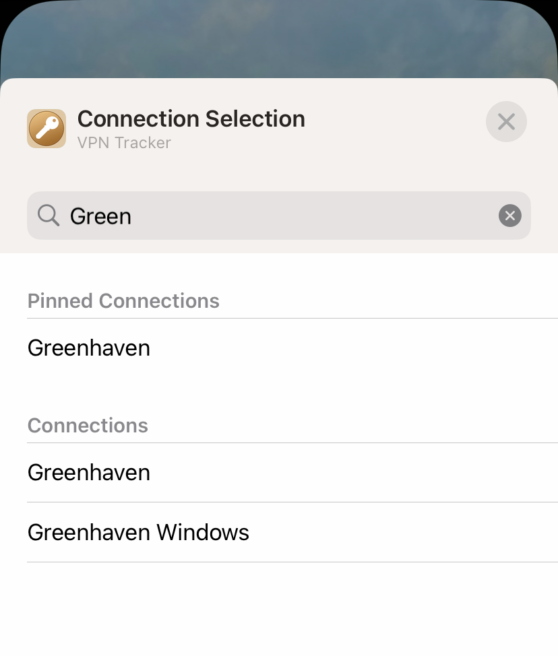 Toggle your VPN connection via your iPhone Lock Screen

Trying out new Focus Mode wallpapers in iOS 16? Remember to add the new VPN Tracker Widget in "Work" mode to have your work VPN at your fingertips at all times.

Tip: You can even switch between different VPN connections depending which mode you're in.

You can now also add a practical VPN Tracker widget to your iPhone Home Screen and get access to up to 6 connections. Choose from 3 different widget styles... 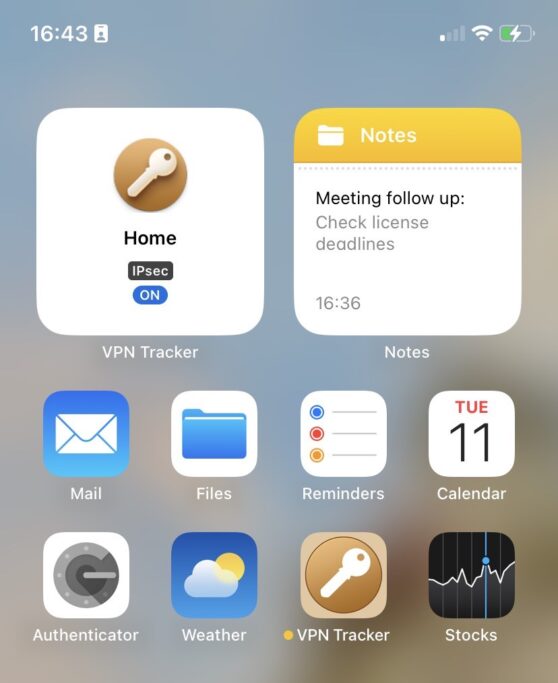 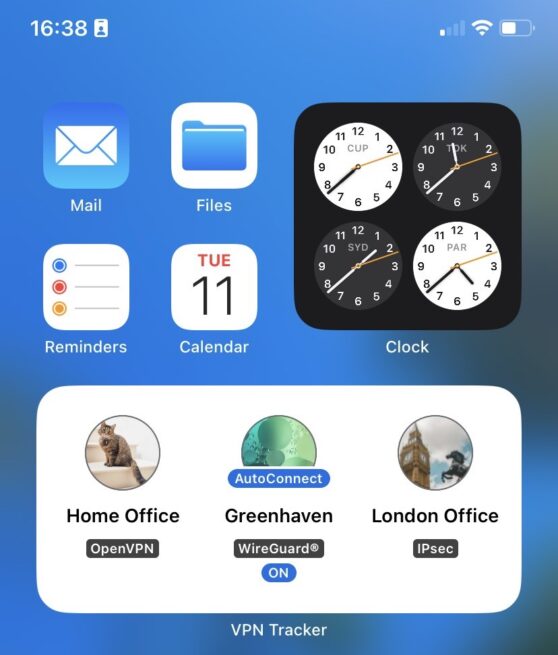 Choose your top 3 connections - great for switching between offices 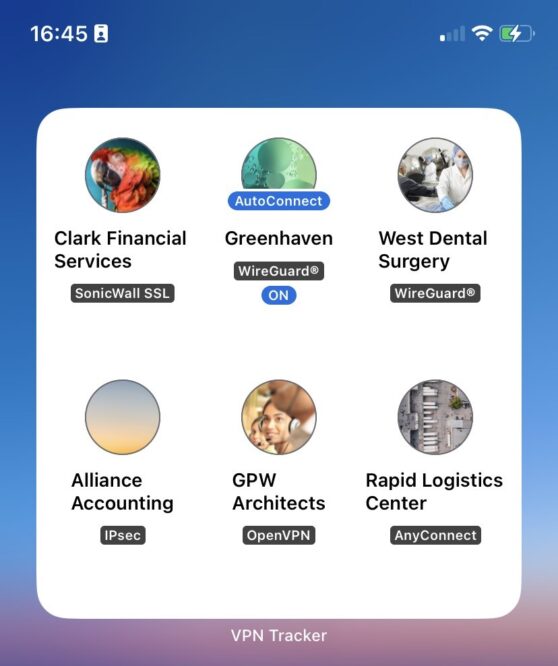 Choose your top 6 connections - great for consultants or power users

Switching between apps on your iPhone can be super annoying when you're in a rush and trying to get things done. The new VPN on Demand feature - exclusive for VIP and Consultant plans - detects when you’re trying to access services that require VPN access and connects you automatically. 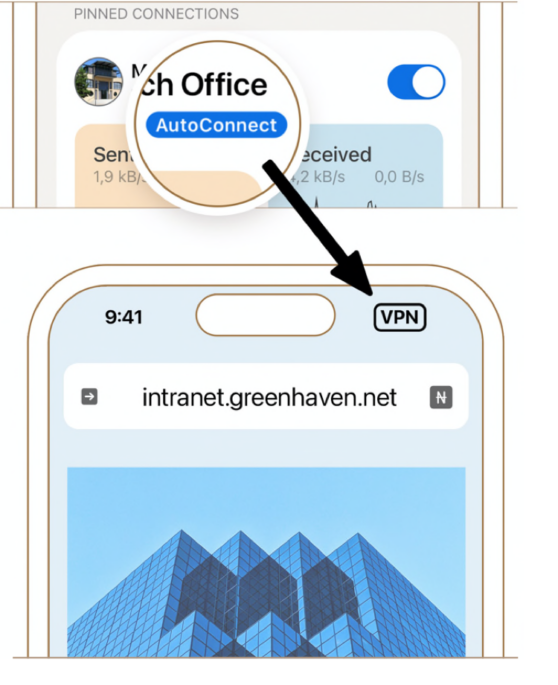 How does it work?

To set up VPN on demand, launch VPN Tracker, go to Settings > Connection Settings and tap the slider next to On Demand for Search Domains.

VPN Tracker will then automatically connect you when you try and access VPN-dependent services. 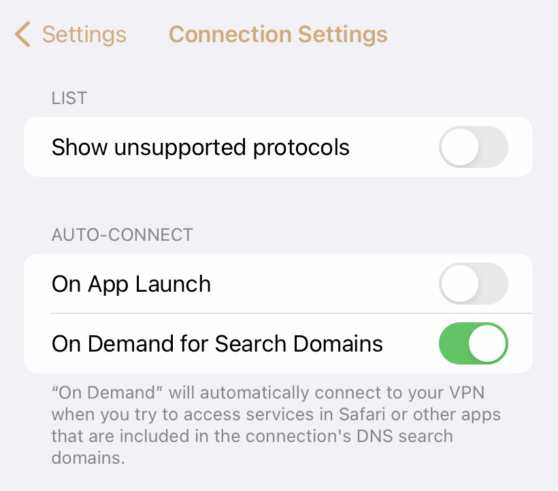 New: Set up VPN on Demand in VPN Tracker for iOS 1.1

Enjoy seamless access to essential services, whenever you need it.

The latest update also adds the following improvements for VPN Tracker on iPhone and iPad:

VPN Tracker for iOS version 1.1 is available as a free update for all app users. You can download the latest version on the App Store.

New to VPN Tracker? Get started today with a free 7 day trial and explore all the latest features for iPhone & iPad. 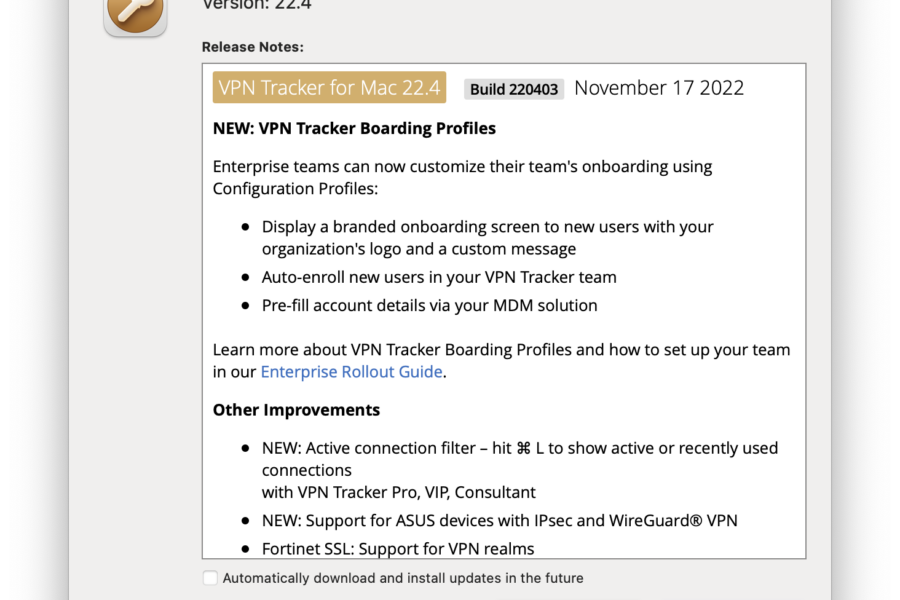 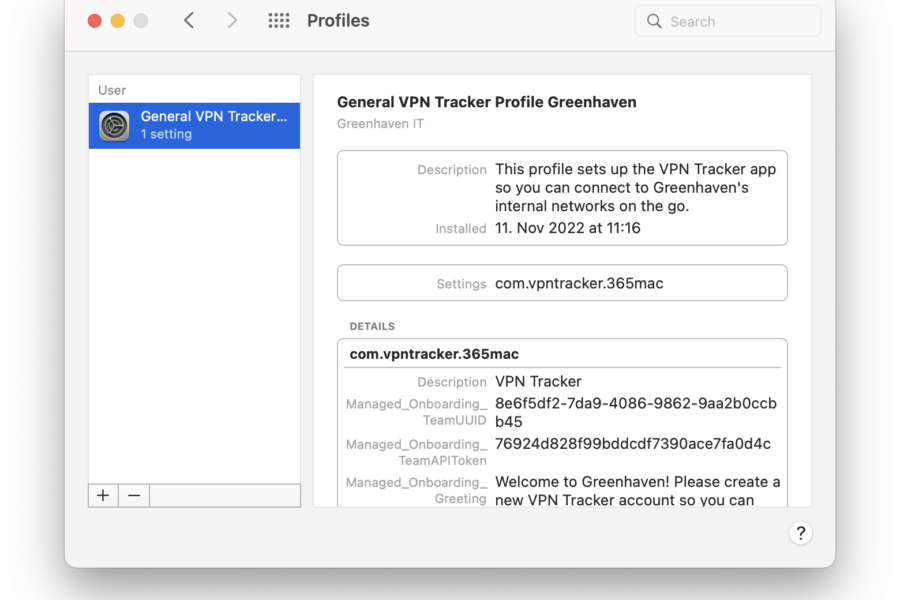